Pudong aims to be home to world-class industrial clusters 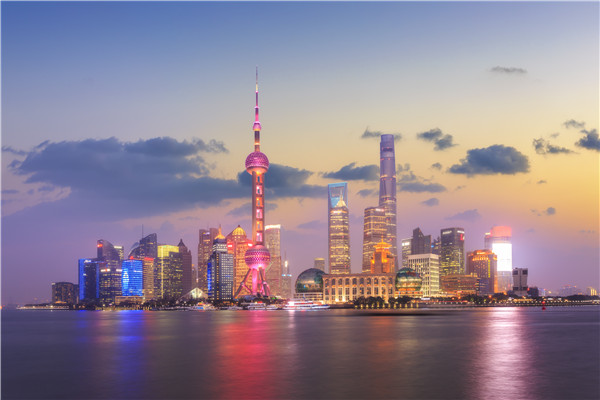 More and more world-leading enterprises are choosing Pudong New Area in East China's Shanghai as their investment destination due to the area's improving business environment and independent innovative capabilities.

In recent years, Pudong has been bolstering efforts to make breakthroughs in cutting-edge technologies, as well as to improve its independent research and development (R&D) and innovative capabilities, with the aim of helping nurture world-class innovative industrial clusters at a faster pace.

Pudong is now home to a number of national-level R&D centers like the Shanghai Institute of Materia Medica at the Chinese Academy of Sciences (CAS), as well as the Shanghai Center for Drug Metabolism and Pharmacokinetics Research, all of which have helped boost the growth of Shanghai's biomedical industry.

Chen Kaixian, an academician with the CAS and a core figure in rallying the country's efforts in new drug R&D, said that Pudong's independent R&D and innovative capabilities have improved greatly in recent years, helping the collaborative development between enterprises, universities, as well as research institutes.

According to the guideline jointly released by the Communist Party of China Central Committee and the State Council on July 15, Pudong is set to pioneer China's socialist modernization and higher level of reform and opening-up.

Shanghai-based pharmaceutical company Hutchison China MediTech Limited in Pudong's Zhangjiang has increased its investment in Pudong to develop new medicines. Its new production plant is under construction in Pudong, which is expected to have an annual production capacity of 550 million capsules after being put into operation.

Hutchison is now accelerating its pace in the development of innovative drugs. It has made the cancer treatment drug Fruquintinib, which is reportedly effective at fighting colon cancer and has low toxicity to humans.

"Led by the 'developed in Zhangjiang and produced in other parts of Shanghai' development pattern, Pudong's biomedical industry is growing quickly. The area has also witnessed sharp growth in the integrated development of its industrial and innovation chains," said Cui Yiling, vice-president of Hutchison.

The national-level Zhangjiang National Innovation Demonstration Zone in Pudong has been a core driver in the city's rise to becoming a biomedicine hub, according to the local government.

The annual output of the biomedicine industry in Zhangjiang reached 110 billion yuan ($17.28 billion) in 2020, accounting for 78 percent of the industry's total in the city.

The demonstration zone has become the biomedicine development center of Shanghai. It boasts international appeal and has grown into an important part of the global biomedical industrial chain.

According to Pudong’s industrial development blueprint released this August, Pudong will enhance its independent innovation capabilities, as well as strengthen the leading functions of high-end industries like integrated circuits, biomedicine, and artificial intelligence during the 14th Five-Year Plan (2021-25) period. It will also promote the construction of core areas of international finance, trade, shipping, scientific, and technological innovation centers, as well as international consumption centers during this time.