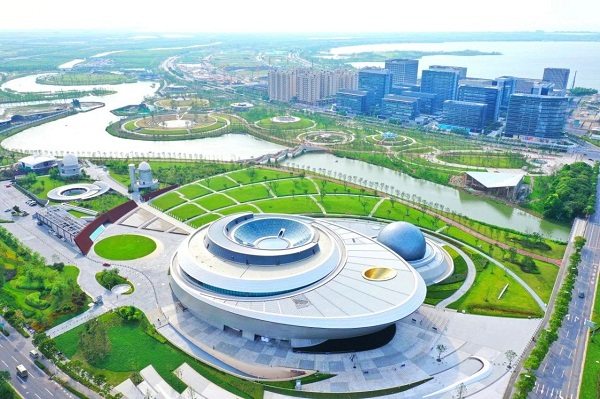 The largest sponge park in Shanghai, which is named Xing Kong Zhi Jing, or The Realm of Stars, started its trial operation in Lingang Special Area, Shanghai's Pudong New Area on Aug 16.

Covering an area of 54 hectares, the sponge park that reuses rainwater is made up of 38 hectares of land area and 16 hectares of water area. It features four major areas themed around the universe, astronomy, and stars.

"The park will act as 'a large sponge' that channels the flow of rainwater into a drainage system, which comprises of drainage pipe networks, grass ditches, and a runoff water utilization system," said Xu Gang, manager of the Shanghai branch of China Urban Development Planning and Design Consulting Company. 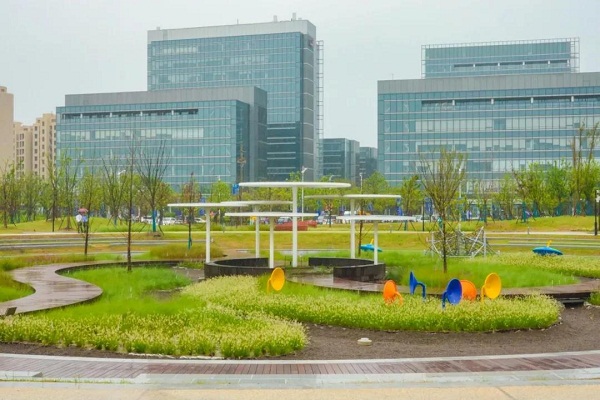 Covering an area of 54 hectares, the sponge park that reuses rainwater is described as the largest sponge park in Shanghai. [Photo/WeChat account: pdnews]

To raise awareness about the concept of a sponge park to the public, a 30,000-square-meter area within the park has been designed to showcase this process of reusing rainwater.

According to official data, 15,000 cubic meters of rainwater will be purified in the area every day.

"On the premise of ensuring drainage safety and waterlogging prevention, the park will realize the natural accumulation, natural penetration, and natural purification of rainwater in the city to the greatest extent and promote rainwater utilization and ecological protection," said Wang Tao, deputy general manager of China Construction Eighth Engineering Division Corp. "The stored water will be released and used as needed."

Visitors to the park will also get to view local and foreign plants, such as North American crabapple and Japanese cherry.