FDI in Shanghai hits record high in 2020 despite COVID-19 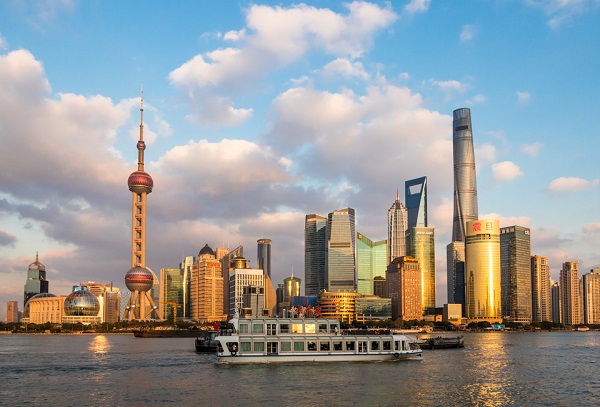 High-rise buildings and skyscrapers dominate the skyline of the Huangpu River and the Lujiazui Financial District in Pudong, Shanghai. [Photo/Sipa]

Foreign direct investment in Shanghai hit a record high in 2020 despite the COVID-19 epidemic, according to data from the municipal government.

The actual use of FDI in Shanghai topped $20.2 billion last year, up 6.2 percent year-on-year.

In 2020, 51 new regional headquarters of foreign-funded multinationals and 20 new foreign-funded R&D centers landed in the city, bringing the total figures to 771 and 481, respectively.

At a signing ceremony organized by the municipal government on Friday, a total of 60 foreign-invested projects worth about $11.85 billion were signed, covering various sectors such as artificial intelligence, biomedicine, integrated circuits and the digital economy.

Among the signed projects, 29 are worth over $100 million each, seven involve Fortune 500 companies and 20 involve the upgrading of regional headquarters.

At the ceremony, Chiesi, an Italian pharmaceutical company, announced that it would set up a trading company in Shanghai's Waigaoqiao area to improve its efficiency in services.

Davide Dalle Fusine, general manager of Chiesi Pharmaceutical (Shanghai) Co, Ltd, said his company, which entered China over a decade ago, has benefited from the efficient business environment in China.

The executive expressed hope that through the new project, his company would deepen its commitment to Chinese consumers and contribute more to Shanghai in terms of taxation and new job opportunities.

Currently, Shanghai has nearly 60,000 foreign-funded enterprises, which contribute to over one-quarter of the city's gross domestic product and more than one-third of its tax revenue.

Authorities in Shanghai have vowed to further expand its opening up and improve its business environment to share with foreign businesses the development opportunities of the city.