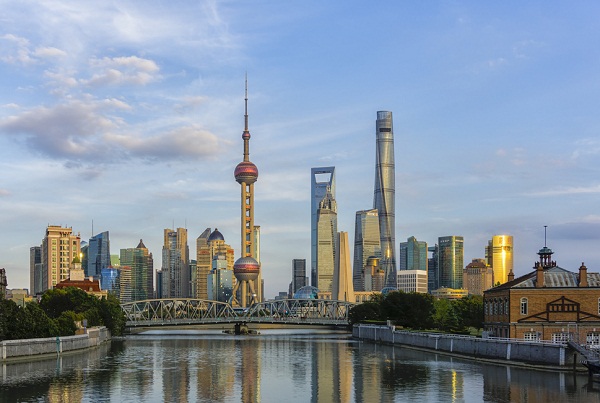 Pudong New Area in Shanghai will pilot "one integrated license "for businesses in 31 sectors, by integrating the previously required multiple licenses into one on market access in an effort to further unlock business vitality, the State Council's executive meeting chaired by Premier Li Keqiang decided on Wednesday.

"The Pudong New Area is well positioned to roll out the pilot program, as it started to simplify licensing approval procedures in its Pilot Free Trade Zone as early as in 2015," said Li. "It has gained fresh experience in scrapping undue restrictions, especially in addressing post-market-access obstacles to business operation and in improving the business environment."

It was decided at the meeting that 31 sectors in Pudong New Area including e-commerce, construction, convenience stores, cafeterias, cinema, gyms and bookstores will start the integrated license reform, which will merge multiple licenses into one for market access.

A total of 25 government permits under the responsibility of State Council departments will be processed and issued by the authorities in Pudong New Area to allow market entities to operate nationwide with one permit.

"The 31 sectors covered in this round of pilot reform are closely related to people's daily lives and consumption. The reform centers on small and micro businesses, which are large in number and cover many sectors," Li said. "Experience shall be drawn from this process."

The meeting also decided that construction, surveying and mapping qualification requirements will also be reduced and optimized nationwide to spur market vitality and create conditions for expanding consumption and effective investment.

"A fairly quick recovery has been realized this year. One important reason is that we have implemented macro policies and relief measures designed to resolve difficulties faced by market entities, and at the same time worked to foster an enabling business climate by meeting market needs," Li said. "Our efforts in these two aspects are mutually reinforcing and taken forward in parallel."