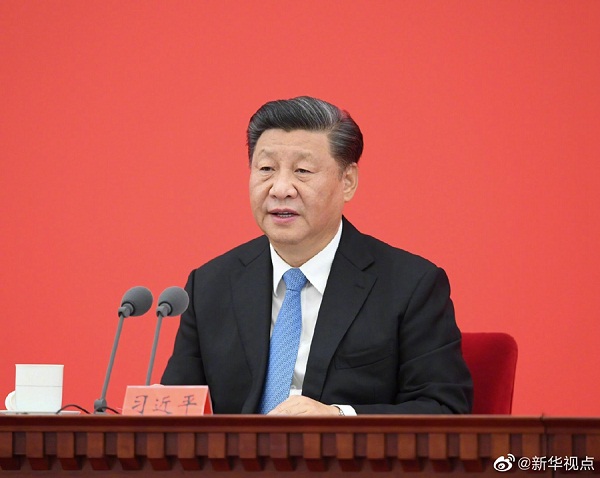 President Xi Jinping attends an event marking the 30th anniversary of the development and opening-up of Pudong in Shanghai on Nov 12, 2020. [Photo/Xinhua]

President Xi Jinping attended an event marking the 30th anniversary of the development and opening-up of Pudong in Shanghai on Thursday.

Xi, also general secretary of the Communist Party of China Central Committee and chairman of the Central Military Commission, delivered an important speech at the event.

Efforts should be made to make Pudong a pioneer of reform and opening up at a higher level and a vanguard in fully building a modern socialist country, Xi said.

Pudong should also strive to become an example that highlights the Chinese people's confidence in the path, theory, system, and culture of socialism with Chinese characteristics, he said.

Xinhua contributed to this story.