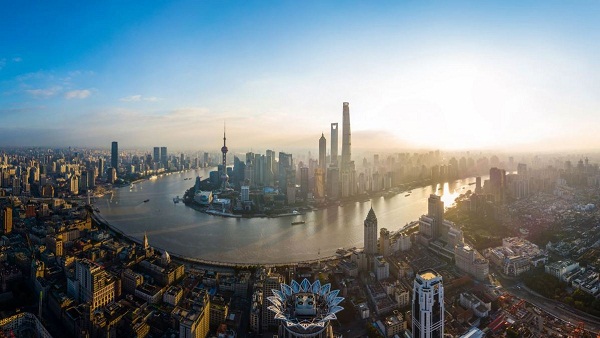 A morning view of the Huangpu River. [Photo by Chen Zhongqiu/For China Daily]

Groundbreaking progress on many fronts has been made in Pudong New Area in Shanghai, which is celebrating the 30th anniversary of its development and opening-up.

As an important gateway connecting domestic and international markets, the 1,210-square-kilometer area in the east of the city will, for many years to come, shoulder more responsibilities relating to China's deepened reform and opening-up.

On April 18, in a People's Daily article, Shanghai Party Secretary Li Qiang said Pudong should become a leader in China's efforts to drive economic globalization, adding that this is an irreversible global trend.

Since it was officially established in 2013, the China (Shanghai) Pilot Free Trade Zone, the first of its kind in the country, has laid the systematic groundwork for Pudong's opening-up and that of the entire nation. To date, more than 300 innovational policies have been promoted nationwide.

The negative list for foreign investment, introduced in the Shanghai FTZ in 2013, was expanded nationwide in late 2018. While there were 190 restricted items on the list in 2013, there were just 30 on the latest version revised in late July.

Zhao Xiaolei, director of the FTZ research institute at Shanghai University of Finance and Economics, said opening-up is "in the genes of Lingang", and in just one year, it has largely paved the way for freedom of investment, trade, capital, transportation and employment.

"Industry leaders should play a bigger role to better integrate with regional industrial chains. Lingang, in general, should grow into an important gateway through which the Chinese economy will be better integrated into world economic globalization."