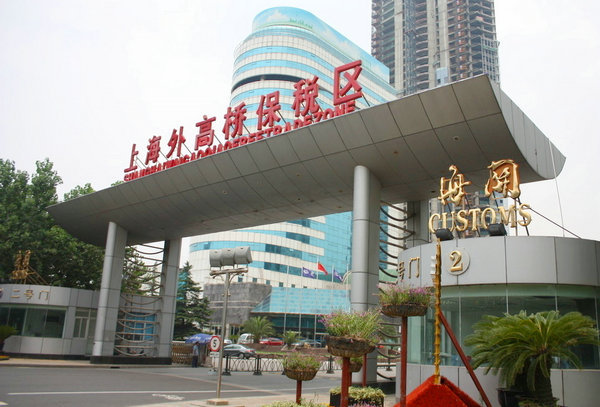 The Waigaoqiao bonded area of the China (Shanghai) Pilot Free Trade Zone, established in 1990, is the first of its kind in the country. [Photo/pdzx.gov.cn]

Despite the effects of the pandemic, the bonded area of the China (Shanghai) Pilot Free Trade Zone (FTZ) received total contractual investments of nearly $2.5 billion in the first half of this year, up 20.41 percent year-on-year.

Statistics show that the amount of paid-in foreign capital grew by 24.6 percent to $1.26 billion. A total of 93 foreign enterprises increased investment in the area, including German industrial conglomerate Siemens, which injected an additional 3.8 billion yuan ($542.26 million) into its branch company in the Waigaoqiao bonded area, taking its total registered capital to 4.1 billion yuan.

Siemens, which have said that they have full confidence in the area's future, launched its branch company in the Waigaoqiao bonded area in November 2019. The company has since become its regional headquarters and is playing an important role in the group's global operations.

According to the administrative office of the Shanghai FTZ's bonded area, a total of 19 foreign firms, including SABIC, the Middle East's largest petrochemical company, announced that they will each inject additional investments of more than $10 million into the bonded area. The total contributions from these companies would amount to $88.43 million.

Authorities of the Shanghai FTZ's bonded area said that another nine transnational corporations set up their regional headquarters in the area between January and June, a clear indication that the bonded area remains an attractive investment destination for global investors.