Pudong a hotbed for sci-tech innovation 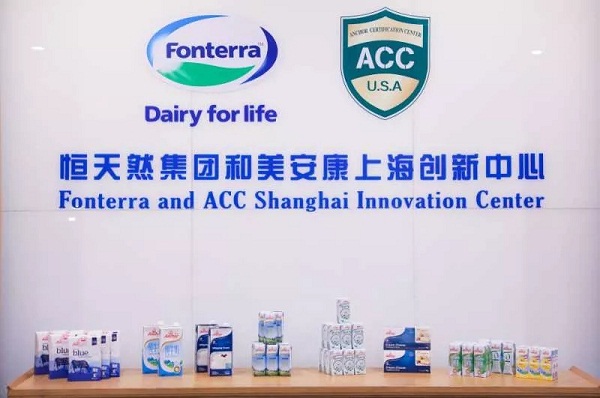 When Fonterra's salted egg yolk ice cream entered the Chinese market in July, it marked a remarkable turnaround for the company to turn an idea into a real product. What usually takes at least three years was shortened to just five months.

"Thanks to the Chinese research and development team based in the Shanghai innovation center, the time for preliminary investigation and communication has been greatly shortened," said Paul Washer, chief financial officer of Fonterra in China.

After a months-long trial operation, the New Zealand-based global dairy giant announced the official establishment of its first innovation center in China in Pudong New Area, Shanghai on Aug 14.

As an extension of Fonterra's research capabilities worldwide, the Fonterra & ACC Shanghai Innovation Center is designed to be responsible for everything from product development, technical skills, sensory assessments, consumer science, and nutrition science to packaging.

"It will help the company develop products that are much closer to the needs of Chinese customers," Washer said, explaining that the choice of establishing the company's first overseas innovation center in Shanghai was due to the city's favorable investment environment and resources for R&D businesses.

According to Pudong's committee of commerce, a total of 257 foreign-funded R&D centers were set up in the area over the first half of this year, accounting for 52.3 percent of Shanghai's total.

"An increasing number of Global 500 companies have opened their innovation platforms in Pudong since 2018," said Cao Lei, deputy director of the committee of commerce. "They are bringing new technology, new products, and new standards to Pudong."

Statistics also showed that Pudong received $5.52 billion yuan in actual foreign investment during the January to July period, accounting for more than 46 percent of Shanghai's total. In addition, 14 headquarters of transnational corporations have settled down in the area.