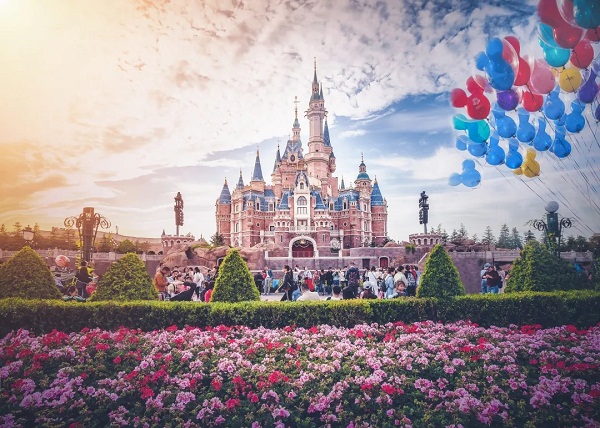 The construction of Shanghai International Resort Area and Shanghai Disney Resort has been pushed forward along with the development and opening-up of Pudong New Area over the past three decades, according to Li Ronggui, executive deputy director of the resort area.

As early as 1990, when Zhu Rongji, then mayor of Shanghai, visited the world's first Disneyland in Los Angeles, he had made up his mind to build onein Shanghai. His dream came true 26 years later when Shanghai Disney Resort opened June 16, 2016, in Pudong.

As the largest Chinese-foreign modern service project in China, the Shanghai Disney has proved its clout and its role as a key enabler of tourism development over the past few years.

Driven by the Disney Resort, the Shanghai International Resort Area has grown from boundless muddy fields into a world-class wonderland with an array of brand events, including the Shanghai Lavender Festival, X Games, and the Belt and Road Film Week.

Covering more than 150,000 square meters, the Shanghai Lavender Festival has become the largest in East China, attracting more than 1 million visitors over the past three years.

Wen Zuliang, Party secretary of Pudong said that the resort area is the most imaginative place in Pudong. The local government will turn the imagination into production capacity and give full play to the area in Pudong's development.