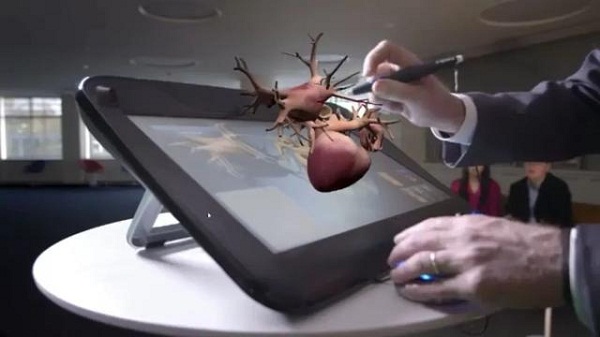 The living heart system developed by Dassault Systems is put into use at the Shanghai Children's Medical Center. [Photo/WeChat account: pdnews]

Dassault Systems, a French industrial software company that creates 3D models for multiple industries, recently announced that it will relocate its Asia-Pacific headquarters from Tokyo, Japan to Pudong New Area in Shanghai in 2020.

"Shanghai is an international metropolis and home to the Asia Pacific headquarters of many transnational corporations," said Sylvain Laurent, executive vice-president of Dassault.

"It boasts a great business environment and abundant resources of talents. As we are now in an acceleration phase, the relocation will better satisfy the increasing demand from customers across China and Asia."

Laurent noted that the Shanghai and Pudong governments have provided much support to the company's development, especially in terms of intellectual property rights protection.

"Shanghai has recognized the value of Dassault and the role of technology as a key enabler for growth. They also recognize our capacity and our role as a catalyst to attract new companies for the future," he said.

Dassault, which has been operating in China for 15 years, has partnered with hundreds of Chinese industrial giants, including Commercial Aircraft Corporation of China, China State Shipbuilding Co, China General Nuclear Power Group and SAIC Motor.

According to Zhang Ying, managing director of Dassault's China operations, the company has been strengthening its "In China, for China, with China" strategy since the COVID-19 epidemic broke out, seeing how the Chinese economy has shown strong resilience.

The company is aiming to triple its number of employees in China to more than 2,000 over the next five to 10 years. The Asia Pacific headquarters in Pudong will be in charge of the operations in China, Japan, South Korea, Southeast Asia, Australia and India.

In addition, the company is looking to increase its investment in China by establishing an innovation center for life science and intelligent manufacturing in Pudong, fueling the research and development of biomedicine industry through its simulation systems.