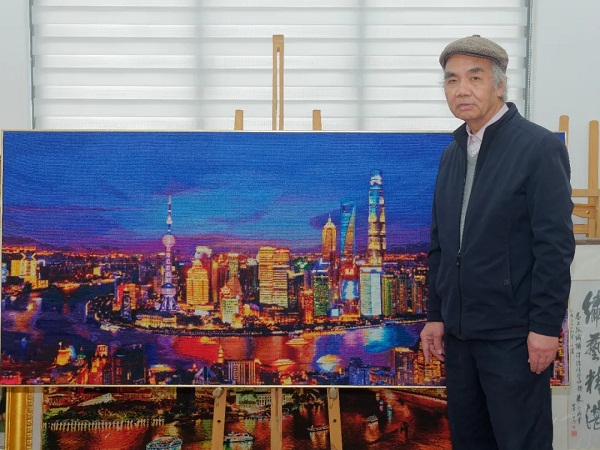 "Every time I finish an embroidery of the Lujiazui skyline, I found that a new building has come into being," said Bao Yanhui, a Shanghai woolen embroidery practitioner in his 70s.

Originating in Europe and introduced to China in the 19th century, woolen needlepoint tapestry, or rongxiu in Chinese, is a modern innovation of traditional embroidery.

Shanghai woolen needlepoint tapestry, fusing Eastern and Western art, has been popular since the 1940s and was listed as a state-level intangible cultural heritage in China in 2011.

According to Bao, most of the tapestries in the 1980s featured Chinese characteristics, such as Suzhou-style gardens, the Great Walls, pandas, and the Bund in Shanghai. There was no trace of Pudong New Area. 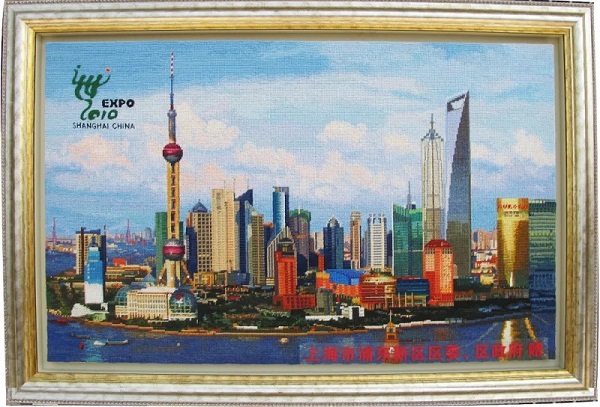 A Shanghai woolen needlepoint tapestry entitled Pudong Today was selected as a gift for the Shanghai World Expo in 2010. [Photo/WeChat account: pdnews]

In 1995, the Shanghai Oriental Pearl Radio & TV Tower made its debut on a tapestry as Pudong's first landmark.

Since then, Shanghai woolen needlepoint tapestry has documented the area's growth, as high-rise buildings and skyscrapers gradually dominate the skyline.

Tapestries featuring Pudong's scenery can be seen in local government meeting rooms and even in the People's Great Hall in Beijing.