Zhuang Zhiqiang: To help Pudong grow for next 30 years 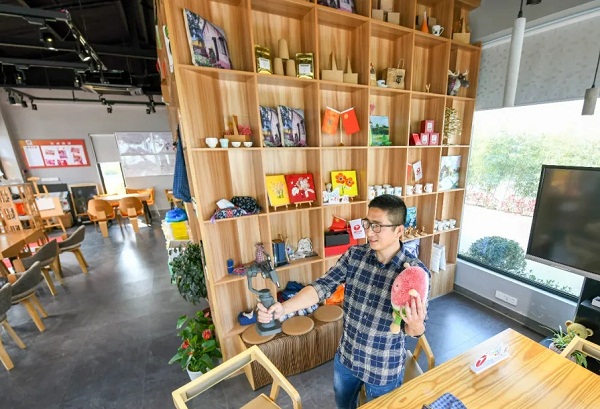 Zhuang Zhiqiang, 31 years old, has been secretary of the Youth League committee of Haishen village in Pudong New Area, Shanghai for nine years. He is the youngest cadre in the village.

As a local, he has witnessed automatic machines replacing manpower in agricultural production and Haishen village growing from an obscure country place to a model of rural development in Shanghai.

When Zhuang decided to become a rural cadre after retiring from army in 2012, people did not understand why he took a job that most young people refused.

"I love my hometown. Who wouldn't want his hometown to become beautiful and prosperous?" Zhuang said.

"Previously farming required hard work and brought a little money, so locals left the village to make a living. Now we have introduced modern agricultural methods, with advanced technology, attracting many young people to come back." 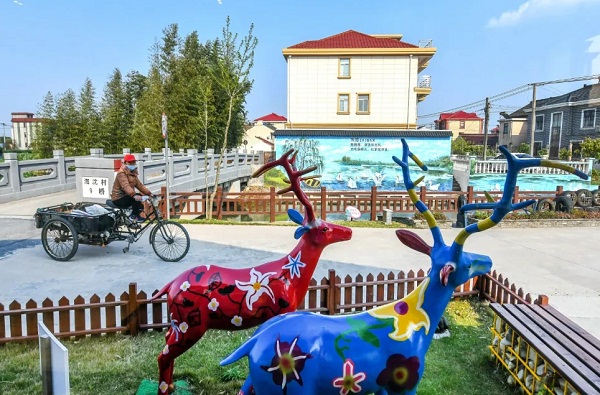 A street in Haishen village is decorated with wall paintings and colorful figures. [Photo/WeChat account: pdnews]

To improve the village's image, Zhuang and his colleagues painted the walls and created a number of colorful and inspiring figures from recycled materials, such as tires, pop cans and steel pipes.

In addition to his routine work, Zhuang also helps villagers sell their agricultural and creative cultural products via live streaming.

"I was growing up during Pudong's development and opening-up," said Zhuang, who believes that young people should be a major force to revitalize the rural area.

"Over the next 30 years, I will contribute more to Pudong’s development, attracting more young people to stay in the village."