BMW, Alibaba to build innovation base to foster, incubate startups 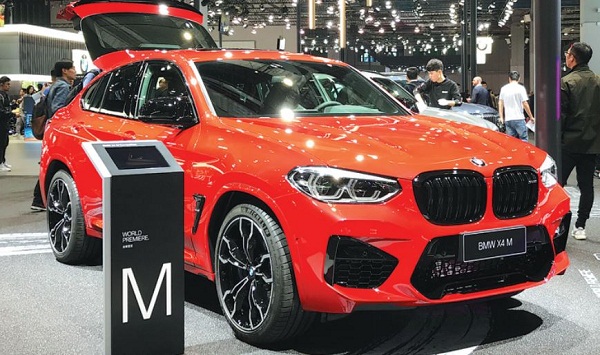 BMW is building an innovation base in Shanghai with China's e-commerce giant Alibaba to help foster technology startups in the country, in a bid to commercialize technological innovations in the premium mobility sector.

The two companies will form a strategic alliance by harnessing their respective strengths and resources, exploring and implementing cooperation with Chinese tech startups focusing on internet and cars, said the German premium carmaker on Friday.

It said one of their targets is to offer help to at least 300 enterprises in three years, in such cutting-edge technologies including cloud computing, digitization and future automotive technologies.

They will also offer the startups technical training and consulting services, provide office space for at least 30 companies, and provide financial docking services for no less than 20 enterprises or teams.

"In the midst of industrial upgrading and transformation, we need to keep an open mind and to collaborate with outstanding Chinese innovation powerhouses in order to scale new technologies for future mobility."

Ren Geng, vice-resident of Alibaba, said: "The base's establishment underscores the innovative forces driving future mobility. With the joint efforts of our partners, we are offering an open innovation incubation ecosystem to accelerate the growth of the startups."

Many technology companies are eyeing internet plus vehicle technology and have made forays into the industry in areas such as services, providing algorithms, hardware, software and cloud based solutions.

"BMW also aims to enable the shift from 'Made in China' to 'Innovated in China'," Goller said.

He added China is not only the company's largest single market but is also its most important manufacturing base, and the innovation footprint in the country is huge.

"BMW remains committed to open innovation and is ready to work with our partners here to tap into future growth potential," Goller said.

BMW is one of the most active international carmakers in cooperation with Chinese companies.

Its partnership with Alibaba dates back to 2018, when BMW introduced Alibaba's voice assistant Tmall Genie.

Last year, BMW authored a white paper on autonomous driving safety with Chinese companies including Baidu. It also inked deals with China Unicom in terms of 5G services and NavInfo in high-precision maps. In the same year, it joined hands with Tencent to build a high-performance, data-driven development platform.

It has also carried out in-depth discussions on technological cooperation with domestic AI unicorns－startups valued at over $1 billion－such as SenseTime and Horizon.

BMW itself has established three research and development centers in China, making the country home to its largest research facilities outside of Germany.

China is BMW's largest market globally. Last year, it delivered a total of 723,680 BMW and MINI vehicles, up 13.1 percent year-on-year, recording the best-ever sales result since entering the market in 1994.