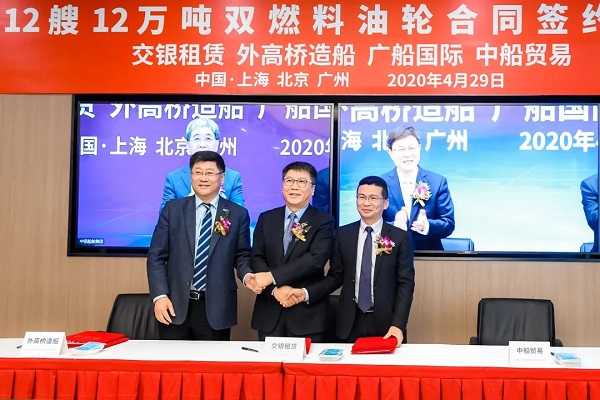 According to the contract, Shanghai Waigaoqiao Shipbuilding Co will undertake the construction of four vessels, while Guangzhou Shipyard International Company will build eight.

The vessels are expected be completed in 2023 and delivered to Bank of Communications Financial Leasing Co, which signed a long-term leasing contract with international energy giant Shell on April 20.

The ships will meet tier III requirements laid out by the International Maritime Organization and will be fast, light, and energy efficient.

The ships which will be built by Shanghai Waigaoqiao Shipbuilding Co are new-generation environmentally friendly ships independently developed by the company. Fueled by liquefied natural gas, they will meet the latest international emission standards without the installation of exhaust treatment devices.

According to a spokesperson for the company, Waigaoqiao Shipbuilding currently occupies more than 9 percent of the oil vessel market share globally.

Since it resumed operations on Feb 10, the company has received six new orders, started construction on seven ships, finished trial voyages for six ships and delivered eight vessels and platforms.