Murray King: Be a model citizen in Pudong

Murray King has been working at Shanghai Disneyland for 9 years, and claims to have witnessed the resort develop from nothing.

King visited China for the first time in 1993, when he was a member of the legal profession in Canada. He was impressed by China's profound culture and the people's hospitality.

He started learning Chinese in 1996 and his teacher, who came from East China's Shandong province, gave him a Chinese name "Wang Kai", which he has been using ever since.

In the same year he took diplomatic posts in Beijing to promote bilateral trade, and has been working in China since then.

In 2009, King joined the team of the Shanghai Disney Resort project as a consultant and officially became an employee there in 2011.

Through years of negotiation and construction, Shanghai Disneyland opened to the public on June 16, 2016, becoming the first of its kind in Chinese mainland and setting several world records, including having the highest castle and the first pirate theme park among Disney resorts worldwide.

"Looking back, we found a perfect combination – Disneyland and Pudong, Shanghai," said King, now vice-president of public affairs for Shanghai Disneyland. "It is a large enough city with strong consumption power and an open mind to 'embrace' Disney stories and brands.” 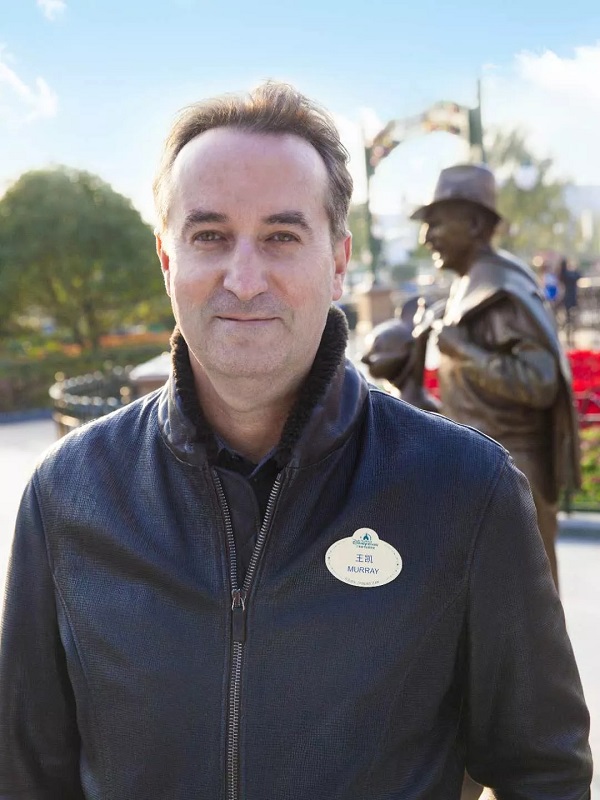 The most impressive experience for King while working for Disneyland was when the project gained official approval. He and his colleagues visited a village that would soon be built into the resort and had a talk with several senior villagers.

"I was worried that they might have some complaints, for they had to move away from where they had lived for a lifetime due to the project," said King. "Surprisingly, they were looking forward to Disneyland, because it's not an industrial plant, but a wonderland."

King and his team learned from the experience that the resort's development needed the support of surrounding communities. Therefore, they kept a number of vacancies for locals during staff recruitment.

"Recently I met a villager who has been working at the cleaning department for years," King said. "She told me her family's living standard has been greatly improved after being relocated. And she has earned enough money to support her child's study at university." King said he believes this is an essential part of the Disney story.

Living in Shanghai for so many years, King can not only speak fluent Chinese, but also some Shanghai dialect.

In his spare time, he usually serves as a volunteer at Shanghai Children's Medical Center, bringing the magic power and happiness of Disneyland to children and their parents.

"I felt more like a traveler when I started my life here, but now I feel at home," King said. "The longer I live here, the more expectations I have for the society. So I myself will behave well, working to be a model citizen and a model foreigner."