As most street malls have reopened and many restaurants are again offering outdoor seating, Shanghai is once bustling at night, and the nighttime economy is recovering quickly.

An index provided by Unionpay Merchant Services Co shows that in the third week of March, the food and beverage industry's consumption recovery index was 48.07, up 20 percentage points from the fourth week of February. Data from key shopping malls in Shanghai shows that in March residents spent 10 percent more on nighttime purchases than they did in February.

Shanghai Xintiandi, a cultural and social destination in the city, has further shifted its outdoor seating from "one-meter interval" to their previous queueing system. All these changes represent a positive business signal that the nighttime economy is starting to recover.

"At present, the closing time of the street malls has been restored to the previous 11 pm, and the business hours of Xintiandi shopping center have returned to normal," said manager at Xintiandi. "More than 96 percent of businesses in the area have resumed operations."

Bars are a major contributor to the Shanghai's night economy. Its "awakening" at night reflects the economic vitality of the city.

Ding Yuan, secretary-general of the Shanghai Bar Profession Association said that there are nearly 2,000 bars in the city. According to incomplete statistics, more than 70 percent of smaller bars (300 square meters or less) have returned to work, and 170 of the more than 300 bars in Shanghai that the association pays most attentions to have returned to business.

The term nighttime economy refers to business activities undertaken between 6 pm and 6 am in the services sector. It is a golden period for merchants seeking to expand their business. 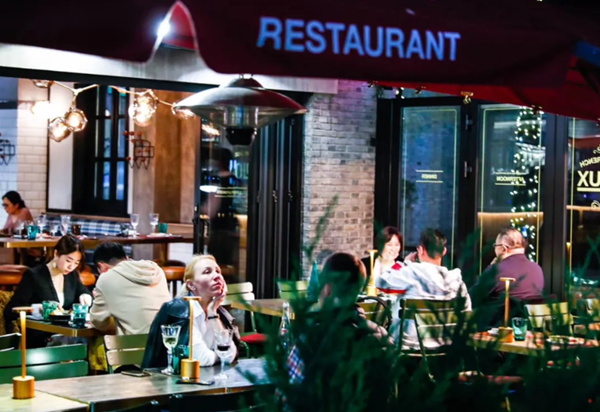