Shanghai schools to stay closed till at least end of February 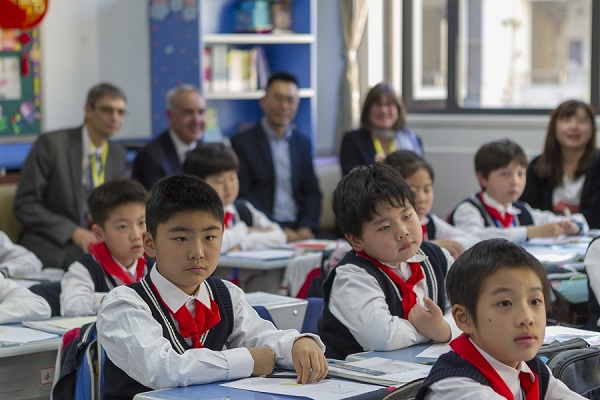 Students listen during a math class at Shanghai Experimental School on Nov 11, 2019. [Photo/XINHUA]

Schools in Shanghai will not begin the Spring semester before the end of February, a city official said on Wednesday.

The Shanghai education commission has decided that schools of all levels in the city will remain closed till at least the end of February so as to ensure the safety of students, said Xu Wei, the spokesman of the municipal government, at the daily news conference regarding the novel coronavirus outbreak.

The commission will closely monitor the situation and announce the official start to the school term at a later date. It has also suggested that schools disseminate study materials, provide counseling and encourage students to study at home in the meantime.

Training institutions and kindergartens in the city will also suspend their offline services in February, according to a previous announcement by the government on Jan 23.