Investors 'should not panic over epidemic' 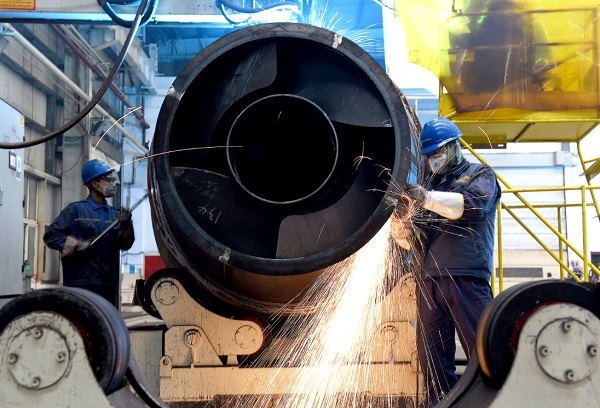 A calm and objective attitude is not only vital in combating the novel coronavirus in China but crucial when predicting its possible impact on the Chinese A-share market, the country's regulators and industry experts said.

The Shanghai and Shenzhen bourses announced on Monday that the first trading day after the extended Chinese Lunar New Year holiday has been postponed to Feb 3.

In an announcement released on Tuesday, the China Securities Regulatory Commission suggested the use of off-site trading to prevent the spread of the disease.

More importantly, the CSRC stressed that financial institutions should guide investors to rationally and objectively analyze the impact of the disease while sticking to the principles of long-term and value investing.

The Hang Seng Index in Hong Kong sank nearly 1600 points in three days after it resumed trading on Wednesday after Spring Festival.

But Japan's Nikkei 225 index climbed 0.99 percent by the close on Friday and the three major benchmarks in the United States－the Dow Jones, S&P 500 and Nasdaq－all ticked up on Thursday.

Yang Delong, chief economist at Shenzhen-based First Seafront Fund, said all the negative impact will be released at once when the A-share market resumes trading after the holiday. The Shanghai and Shenzhen indexes will make adjustments gradually, he said.

"But when prices of companies stop declining and start to rebound, it is a clear sign of bottoming out. As long as these companies are healthy at the financial and operational levels, investors can feel confident to hold a long position on them. In the long run, China's A-share market will pick up slowly but the bullish performance can be expected for about 10 years," he said.

Li Feng, a professor at the Shanghai Advanced Institute of Finance at Shanghai Jiao Tong University, said investors should not panic over the epidemic. The virus will to some extent impair the economic data for the first quarter but this will not change the trajectory of the country's economic growth.

As soon as the epidemic reaches an inflection point, the capital market will also rebound and truly reflect the economic outlook, he said.

The current outbreak of the novel coronavirus in Wuhan bears much resemblance to the situation during the outbreak of SARS in March and April 2003, experts from Swiss lender UBS said.

It is reasonable that investors are worried about the impact of the disease in the short term, and the benchmark indexes in Shanghai and Shenzhen are likely to drop after the holiday.

Listed hotels, retailers, theme parks and cinemas, which usually benefit from the Spring Festival holiday period, will be significantly impacted in the short term.

But sectors such as food retailers, online streaming, gaming and e-commerce will benefit as people remain indoors. Although there will be no effective drugs or vaccines to cure or prevent the virus in the short term, the demand for vaccines and physical examinations will increase.

Just as importantly, central regulators may introduce easing policies to offset the negative impact of the virus on consumption, UBS said.