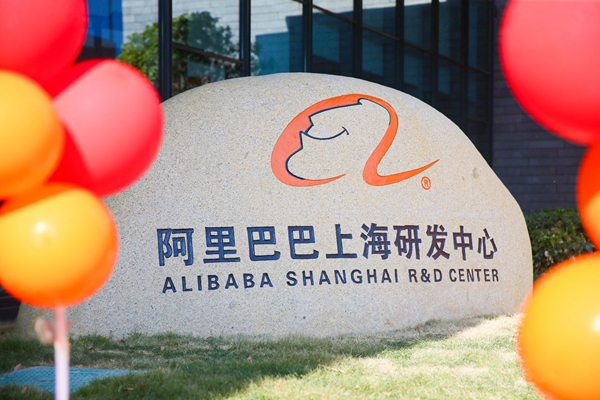 The center is expected to expand Alibaba's businesses in Shanghai and become a new engine for Zhangjiang's industrial development.

On the opening day, research teams from two subsidiaries of Alibaba – T-Head and Alibaba Cloud – were introduced to the center and there are more to come.

T-Head has launched a series of advanced chip products over the past year and Alibaba Cloud, the largest cloud services provider in Asia and the third largest in the world, has provided services to millions of consumers.

Zhang Jianfeng, Alibaba's chief technology officer, said that T-Head will adhere to independent R&D of more intelligent chips and will contribute to the development of the integrated circuits industry in Shanghai.

Since Alibaba's payment platform Alipay set up its branch in Shanghai in 2008, many other companies backed by Alibaba, such as food delivery platform Ele.me, have also developed their businesses in the city. The Shanghai-based Hema Fresh, part of the Alibaba ecosystem, has developed into an exemplar of Alibaba's new retail project featuring integration of online and offline commerce.

Through years of development, the number of employees within the Alibaba ecosystem in Shanghai has now surpassed 10,000, including R&D personnel specializing in various tech areas such as cloud computing, block chain, fintech and artificial intelligence, and will serve as a talent pool for the new R&D center.

Thanks to Shanghai's strong support in the application of innovative technologies, Alibaba has tried out many of its latest technologies in the city, such as Alibaba Cloud's solutions to create a smart city, facial payment in shops, and block chain technology to better connect cities in the Yangtze River Delta region.

The location of the Alibaba Shanghai R&D Center – the AI Island – is China's first demonstration area for the commercial application of 5G and AI (artificial intelligence) technology and has formed a cluster of AI enterprises and research institutes.