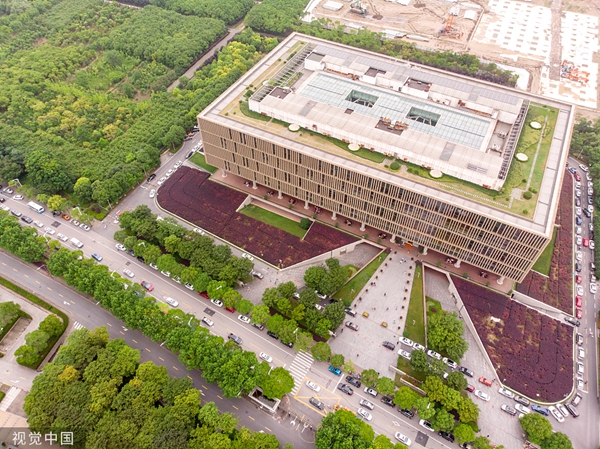 Pudong Library gets help from cultural institutions in Pudong to build a local literature center. [Photo/VCG]

An alliance of cultural institutions in Pudong was launched to help build a local literature center at Pudong Library during the annual meeting of Pudong libraries on Nov 12.

The center will showcase the history and culture of Pudong, focusing on opening-up, historical figures, medicine, education and art.

Principal members of the alliance include the education development foundation, historical annals office, Chinese Medicine Museum and the Collection Association in Pudong. They will lend support in collecting and displaying examples of local literature.

The alliance will also cooperate in historical culture research, exchange, and promotion by sharing data and holding exhibitions.

Visitors will have a better understanding of the changes that have occurred in Pudong through the works of literature, exhibitions and documentary films at the center.

Pudong Library was the largest library in Shanghai when it opened in October, 2010. It is now striving to utilize modern technologies to improve its services.

Located on the fifth floor of Pudong Library, the center is expected to open to the public by the end of 2020.