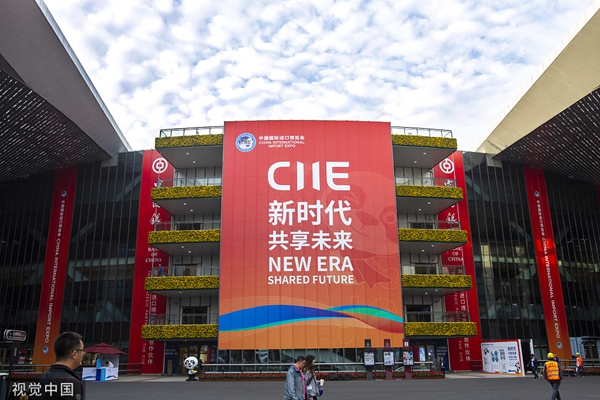 The six-day Second China International Import Expo (CIIE) ended in Shanghai on Nov 10 with over $71.13 billion signed in intended deals, up 23 percent from the first expo, according to the CIIE Bureau.

More than 3,800 companies from 181 countries, regions, and international organizations took part in the event, which had a total exhibition area of more than 360,000 square meters. By noon on Nov 10, the exhibition had received more than 910,000 visitors.

The number of professional buyers at the expo exceeded 500,000, including more than 7,000 from overseas. A total of 2,160 purchase intention agreements were signed during a three-day supply-and-demand matchmaking meetings during the expo.

Initial statistics showed that at least 391 new products, technologies, or service items debuted at the expo, much more than the previous year, according to Sun Chenghai, deputy director of the CIIE Bureau.

The second CIIE was attended by 126 groups of government officials from around the world, including more than 200 senior officials, Sun said.

More than 230 companies had already signed up for next year's expo by Nov 10, more than 80 of which are Fortune 500 companies and industry leaders, Sun said.