First batch of products make their way to CIIE 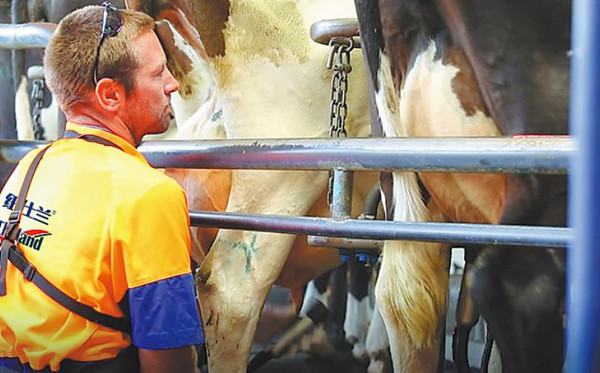 A worker of New Zealand dairy company Theland works in the ranch. The company has seen its sales revenue surge 309 percent during the first quarter of this year, after its presence at the first CIIE. [Photo/China Daily]

As the first batch of exhibits set sail for the second China International Import Expo, companies attending the show have pinned high hopes on the upcoming six-day exhibition.

According to the CIIE bureau, the first exhibits for the show, which will be held in Shanghai from Nov 5 to 10, were shipped from northwestern Italy's Genoa Port on Sept 2. Exhibits from Vanuatu and Czech Republic were also shipped in early September.

The shipment from Italy is mainly made up of cosmetics, nutrition products and traditional Italian bread, which need to be delivered under constant temperatures throughout the journey to China. The products are expected to arrive in Shanghai in early October.

Up till now, more than 3,000 companies from over 150 countries and regions have signed up for this year's show, many of which participated last year.