Multinationals step on the gas for upcoming CIIE 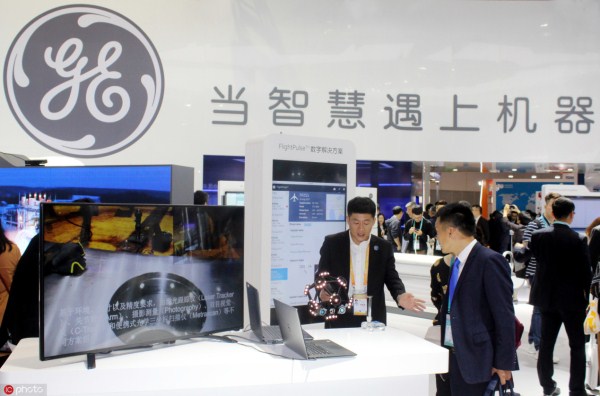 For some of the multinational companies in Pudong New Area in Shanghai, the China International Import Expo (CIIE) is not so much a mammoth exhibition, as an important gateway to explore the Chinese market and expand their presence in China.

US-based conglomerate Honeywell revealed that the company will make a brand new appearance at the second CIIE this year with over 30 innovative technologies, including some of the technologies and solutions launched in the Chinese market for the first time this year.

Its exhibition area for intelligent and high-end equipment is expected to triple the first expo.

Yu Feng, president of Honeywell China, said that the company signed over 10 agreements on projects with Chinese companies at the first CIIE last year, some of which have yielded very positive results.

"We'll bring about more comprehensive and innovative technologies to this year's expo, in the hope of injecting new vitality into the Chinese market and reaching partnerships with more Chinese companies," Yu added.

As one of the star exhibitors at the first CIIE, US multinational General Electric is also gearing up for the second CIIE.

Covering a display area of 500 square meters, the company's stand will showcase a series of solutions in industrial equipment and digitalization in the areas of aviation, energy and medical treatment, oil gas and intelligent manufacturing.

Thanks to the first CIIE, GE inked several cooperation agreements with Chinese buyers, making China one of its largest markets outside the US.

"We look forward to presenting GE's customized solutions to meet the needs of the Chinese market at the second CIIE and play our part as the chairman of the China International Import Expo Enterprise Alliance," said Duan Xiaoying, CEO of GE China.