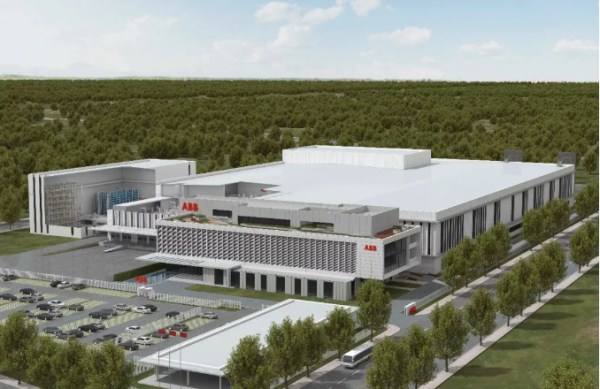 A place where the future is quite literally made: a design sketch of the ABB's robot gigafactory in the Pudong New Area in Shanghai. [Photo/Pudong Fabu WeChat]

Swiss industrial conglomerate ABB Group broke ground on its latest project in China – the world's largest and most advanced robot gigafactory in Pudong New Area in Shanghai -- on Sept 12.

Located in Kangqiao area, the $150 million plant is designed to be a cutting-edge center where robots make robots featuring a number of advanced manufacturing techniques including machine learning, digitization and collaborative robotics solutions.

The 67,000-square-meter Shanghai factory aims to become the most advanced, automated and flexible factory in the robotics world.

The new facility will also set up a research and development center to facilitate innovation in artificial intelligence.

"We have received strong support from the local government since the announcement of the new factory project last October", said Peter Voser, chairman of ABB.

This project is also included in the top 10 projects of the 'Made in Shanghai' program in 2019, which is a great honor for ABB, Voser said, adding that the new plant marks a milestone for the company to further explore the Chinese market.

A leading world power and automation technology supplier, ABB operates in more than 100 regions in 53 countries.

It provides solutions for automotive manufacturers -- especially electric vehicles -- and manufacturers in the electronics, food and beverage, pharmaceuticals, logistics automation and general industry.

Officials said the new factory will be put into operation in 2021.