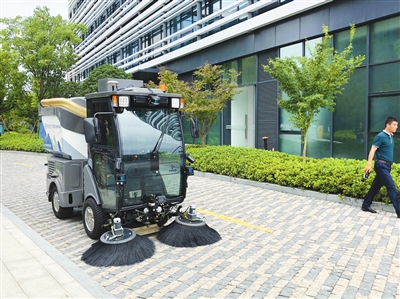 "It will take only half an hour to clean the major roads at AIsland," said Yang Yubei, product manager of Gaussian Robotics, who added that the new vehicle can operate for up to eight hours at a time.

The upgraded vehicle will have automatic station recharging functionality, so as to enable unmanned management operations during the whole process.

Chen Tianhao, founder and CEO of Gaussian Robotics, said that with the latest generation production the partners aimed at ironing out previous kinks, aiming to promote the development of the industry by making use of technology.