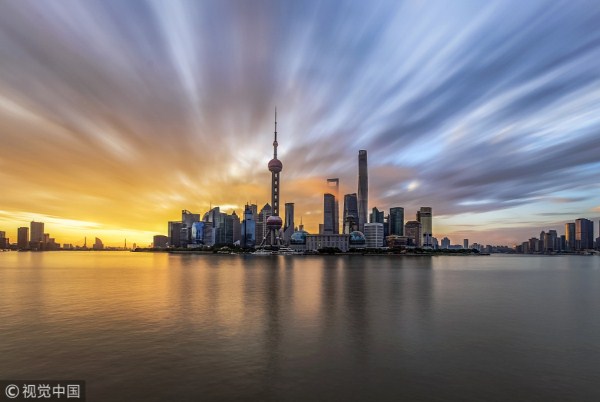 A roundtable seminar co-organized by Shanghai's Lujiazui Financial City and the United Kingdom's City of London convened in Shanghai on March 19 to boost city-to-city links in the fintech sector.

Attended by over 50 Chinese and British officials and heads of financial institutions, the event focused on topics concerning fintech cooperation between China and the UK, and the development trends in the financial services industry.

The City of London is eager to work with China and contributes to the Belt and Road Initiative projects with digital technologies, according to Alderman Peter Estlin, Lord Mayor of the City of London during the seminar.

He added that the British delegation is happy to meet with their Chinese counterparts to discuss the latest developments in the UK's fintech sector and seek mutually beneficial opportunities with Chinese companies.

"The City of London, who spearheads development in the global fintech industry, has always been a learning model for us, and I'm looking forward to more fintech cooperation projects between the two financial centers," said Wang.

While advanced technologies such as big data, blockchain, artificial intelligence and mobile payment have lead to innovation in financial businesses, fintech has become a top priority for the world's major international financial centers, including the City of London, which is now home to thousands of financial institutes.

Estlin noted that as the UK takes around a 11 percent share in the global financial technology sector, the City of London has launched a fintech incentive, called the Shaping Tomorrow's City Today program, amid efforts to promote the country's strengths in the fintech sector and green finance.

As the financial heart of Shanghai, Lujiazui Financial City is equipped with a favorable environment for the development of fintech sector, with clustered financial institutions, abundant financial talent resources, and rich application scenarios all located there.