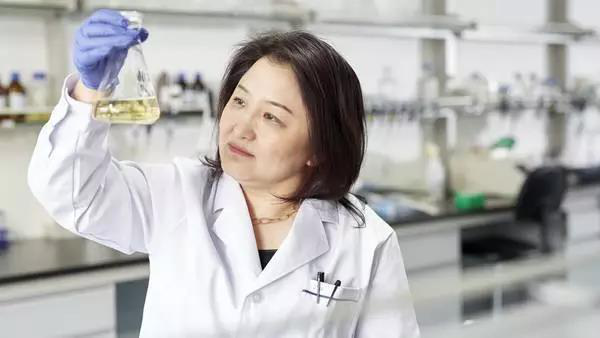 Du Ying, a pioneer of China's pharmaceutical industry, at work in her lab. [Photo/sh-italent.cn]

The name Du Ying (Samantha Du) cannot be avoided when one talks about the development of the pharmaceutical industry in China. With a doctoral degree in biochemistry, Du founded two Chinese pharmaceutical companies: Zai Lab and Hutchison China MediTech Limited.

Du was always an industrious student and decided to specialize in biomedicine with the encouragement of her father. In the 1980s, she studied at the University of Cincinnati, where she received a doctoral degree in biochemistry, before pursuing a fellowship with Procter & Gamble.

After graduating Du joined Pfizer, one of the world's premier biopharmaceutical companies, where she took charge of two major projects which allowed her to come into contact with colleagues from all over the world, including one that brought her back to China to negotiate with government departments.

Du was then transferred to Pfizer's central research institute where she specialized in anti-metabolism medicine.

However in 2001 Du left her life in the US to return to China and devote herself to the country's fledgling pharmaceutical industry. Supported by Li Ka-Shing, Hong Kong's richest man, Du busied herself with analyzing the state of the industry. She found pharmaceutical manufacturers were more interested in producing generic drugs than investing in research and development.

Compared with generic drugs, the development of original drugs requires more time and money with no guarantee of a breakthrough.

"People were thinking about how to make money and do transactions. They had no interest in innovation," Du explained. Rather than being frustrated however, she made the decision to set up an enterprise specializing in the research and development of new drugs herself.

Thus Hutchison China MediTech Limited (Chi-Med) was created, an innovative biopharmaceutical company aiming to become a global leader in the discovery, development and commercialisation of targeted therapies for oncology and immunological diseases.

In 2014, Du founded another biopharmaceutical company in Shanghai – Zai Lab -  which focuses on bringing transformative medicines for cancer, autoimmune and infectious diseases to patients in China and around the world.

Chi-Med has now established cooperative relationships with well-known international pharmaceutical companies Eli Lilly and Astra Zeneca and was listed on the London Stock Exchange in 2006.