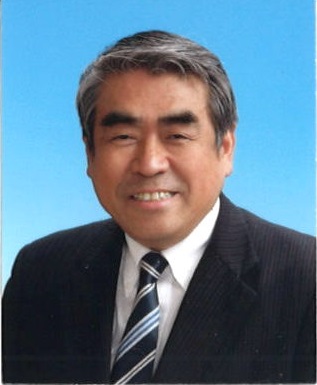 Nobuharu Arakane was born in Japan’s Oita Prefecture Beppu in September 1947. Today, he is a professor of the Literature Department at Beppu University. He first came to Shanghai in 1978 and started to communicate with Pudong New Area in 1990. He has lived in Shanghai for a cumulative five years.

Nobuharu used to be a student of Qi Gong, Chairman of China Calligraphers Association, and studied Chinese masters’ calligraphy, painting and carving skills. He wrote a large number papers and books with high academic value, detailing Chinese culture and arts. He has visited China more than 100 during a 20-year friendly exchange with Wu Changshuo Memorial Hall since 1997. In 2003, Wu Changshuo’s 160th anniversary, he was responsible for the calligraphy, painting and seal exhibition of Wu Changshuo in Japan. The exhibition was highly successful and made an enormous impact. He introduced the effects that Wu Changshuo’s Art made on Japan to mainstream media in that country, making the Wu Changshuo Memorial Hall an important foreign cultural window of Shanghai, as well as promoting the nongovernmental friendly exchange between Shanghai, Pudong New Area and Japan.

In the past 40 years, he has actively promoted friendly exchanges between Japan and Shanghai cultural groups, such as Shanghai museum, Shanghai Library, Wu Changshuo Memorial Hall, Pudong Youth & Children’s Center and Pudong Library. He also invited artists, such as Han Tianheng and Tong Yanfang, to visit Japan and give lectures, promoting the traditional Chinese culture. Many Sino-Japan youth and children’s exchange events have been organized by him.

Shanghai launched the Magnolia Award in 1989 and it has become one of the top awards for foreigners in the city. To date, 1,109 foreigners have received a Magnolia Award. This year, Nobuharu Arakane was recommended by the Shanghai Pudong New Area government to receive the 2017 Magnolia Award on Sept 6, in recognition of his special contributions to the cultural industry in the city.